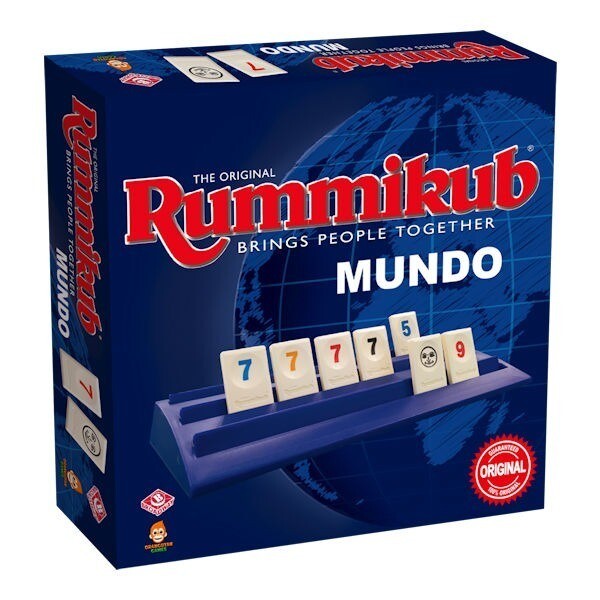 Rummikub is a tile-based game for 2 to 4 players, combining elements of the card game rummy and mahjong. There are 104 number tiles in the game (valued 1 to 13 in four different colors, two copies of each) and two jokers. Players have 14 tiles initially and take turns putting down tiles from their racks into sets (groups or runs) of at least three, drawing a tile if they cannot play. An important feature of the game is that players can work with the tiles that have already been played.

With brilliant simplicity, Rummikub provides hours of amusement, each game as different as the combinations of moves you choose to play!

Players aim to be the first player to go "Rummikub" by using all tiles in "runs" or "groups" and by accumulating the highest score. Outwit your opponents with cool strategy and sharp moves. Be the first to lay down all your tiles and go "Rummikub!". Use joker with caution... He can fire up the game, but if the is smiling on your rack at the end of the round, you lose 30 points!